To Guide or Not To Guide(Book)?

Everybody travels differently. Some vacation, others shudder at the word. Some plan extensively, others show up.

Until our recent trip to Budapest, I was a part of the latter group. I planned enough for my first international trip to Accra, Ghana to have a place to stay and a flight, which my mom’s travel agent Tippy booked, thankfully. Tippy also printed out page after page of information on Ghana which I inevitably didn’t read. I landed in Accra with no former knowledge of the country, no background and absolutely no clue what to expect. I’m sure travel writers everywhere are horrified.

The thing is, I always felt weird about guidebooks. Not because of some expert-traveler principle that revolves around authentic travel (what that even means I don’t know) but because I’m not sure how their tastes relate to mine. My argument isn’t entirely an “off the beaten path” one, but I am skeptical that places suggested from a travel empire as popular as Lonely Planet won’t be changed simply by its mention in the book, ultimately changing a place from whatever special reason it was listed into a tourist haven.

And that might really be the case. As in this tweet from Lonely Planet travel writer and author Bridget Gleeson:

Though there’s not hard evidence that her addition to a Lonely Planet guidebook caused this, the implication exists.

Despite my protests, Marco is meticulous and was set on a guidebook. So in a weak moment of romanticism I caved and bought him a Lonely Planet guide to Budapest … which he promptly placed on the bedside table and ignored for over a month. 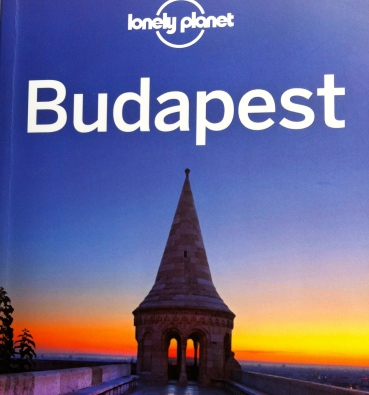 I urged him to read it (I wasn’t the one who wanted it!). I teased him to read it. I did some research online, attempting to motivate him by dropping tidbits of information on Budapest that I had learned. A week before our trip nothing had happened, so I read the damn guidebook.

Though I’m not the type of traveler hell-bent on seeing ‘all the things!’, I didn’t want to waste our time either. A couple of nights before our trip I looked up main attractions according to area and made some lists. I understood where each neighborhood was and the best ways to get there. I learned a bit about Hungarians overwhelming love for meat as well as paprika and I practiced how to say thank-you. (Köszönöm, which of course is pronounced something like ker-sher-num … People laughed at me.)

My list was in hand when we first arrived Friday morning and thank goodness for it! We ate at a cafe near our hotel that the shuttle bus driver recommended, turns out it was in the Lonely Planet book as well. We ripped out the individual neighborhood maps to avoid pulling the book out constantly, and despite my hesitations (read touristy argument above) we searched restaurant suggestions for dinner.

Basically, we used the guide from the beginning to the end. With so little time and no background knowledge on Hungary, it was useful. 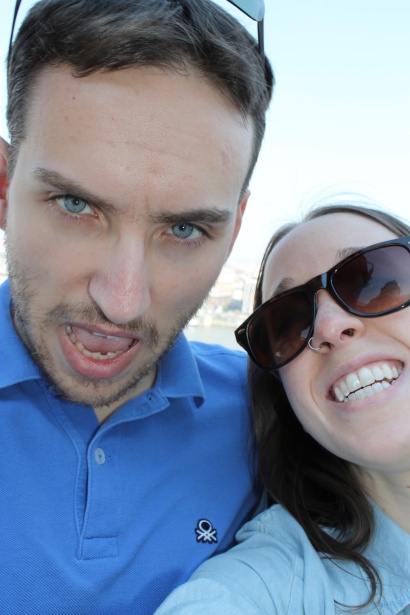 Ready as we’ll ever be!

So perhaps the question isn’t why, but how to use a guidebook, as travel writer Robert Reid suggests in his blog.

This means knowing when you need one and remembering that a guidebook is not a tour guide – the research is meant to be done beforehand. How does the info offered differed from online resources? According to Reid the guidebook gives a sense of orientation and regional differences much more effectively and correctly.

Reid writes, “Ignoring that resource is a lot like ignoring a local that is keen to shed tips and context of a place you’re visiting. As with any advice, you can choose to use it, or not.”

And that’s exactly what we did. We pick and chose the information we wanted to use; Which neighborhoods drew us in more and what attractions seemed worth it. Some were clearly touristy places, others, like the “secret” crepe dinner spot that made salty and sweet crepes for less than a euro each were just good suggestions.

I don’t know if I’m completely a guidebook convert. I still like the idea of simply showing up. Of going to a place and just seeing what happens, making your own discoveries. Still, the argument of guidebooks – that you’re gaining instant information from an expert, compiled and packaged for your convenience at just $20 a book – is justified. Take it or leave it!

2 Responses to To Guide or Not To Guide(Book)?